A February, 1993 Trusts and Estates Magazine article quotes Jay W. Mitton, the author of the Asset Protection Guidebook, as follows: 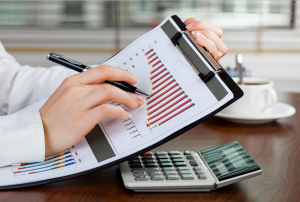 One of the primary reasons for the use of family limited partnerships as an asset protection technique is that creditors of an individual partner in the partnership cannot attach or levy upon the property of the partnership, unless the partnership also happens to be liable on the obligation in question. Rather, creditors have been limited to obtaining a “charging order” against the debtor-partner’s interest in the partnership. See Atlantic Mobile Homes, Inc. v. LeFever, 481 So.2d 1002 (Fla. Dist. Ct. App. 1986). Section 620.153 of the Florida Statutes provides, in part, as follows:

See, however, Crocker Nat’l. Bank v. Perroton, 208 Cal. App. 3d 1 (1989), in which the Court of Appeals of California addressed the question whether a charged limited partnership interest was subject to foreclosure and sale. It was held that a court can authorize a sale of a debtor’s partnership interest where (1) the creditor had a charging order, (2) all partners other than the debtor agree to the sale, and (3) the judgment remained unsatisfied.

See, also Hellman v. Anderson, 233 Cal. App. 3d 840 (1991), in which the court held that a judgment debtor’s interest in a general partnership may be foreclosed upon and sold, even if the other partners do not agree, provided the sale does not unduly interfere with the partnership’s business.

Finally, see Schiller v. Schiller, 625 So 2d 856 (Fla. Dist. Ct. App. 1993), in which the Fifth District Court of Appeals of Florida held that a court may enforce a charging lien by sale of a general partnership interest and the purchaser of such interest may ultimately apply for dissolution of the partnership whereupon the assets of the partnership can be reached. It should be noted that the foregoing remedy of dissolution may only be applicable to general partnerships given the court’s reliance on Fla. Stat. § 620.715 (2) which is peculiar to the General Partnership Act.

3. Creditors May Have Adverse Income Tax Consequences From Charging Order

Some tax commentators believe that a judgment creditor must pay income taxes on the profits and income attributable to a partnership interest over which he holds a charging order even if no income is distributed by the partnership, based upon Rev. Rul. 77-137, 1977-1 C.B. 178. The exposure to potential income tax by a creditor on phantom income has been referred to as the “KO by the K-1.” See Oshins, supra, and Mitton, supra. Oftentimes it may be possible for the general partner of a family limited partnership to delay distributions to its partners and also take a reasonable salary for its services. It is possible for a creditor with a charging order to be faced with an undesirable asset.

The use of family limited partnerships as a tool for asset protection planning is incidental to its use for estate tax, income tax and succession planning. Although beyond the scope of this outline, the benefits of family limited partnerships include, income shifting (primarily for children over 14), retention of control by senior family members and possible death tax savings through the use of valuation discounts. The valuation discounts may be unavailable upon death if the creator of the partnership retained control as a general partner until his or her death. This issue does not appear to be clearly addressed at this time. See: Mulligan and Braly, supra and Spero, Chapter 8. supra.

In Moore v. Comm’r, T.C. Memo. 1991-546, the taxpayer argued for a 40% discount, and the IRS sought a 10% percent discount. The tax court concluded that a 35% discount should be allowed for a minority partnership interest. Most recently, in Rev. Rul. 93-12, 1993-7 IRB, the IRS held that a shareholder who makes a gift of a minority stock interest to a family member is not precluded from taking a minority discount for gift tax purposes, even though the family controlled the corporation before the gift. In Wheeler v. U.S. 96-1 USTC 60,226 (D.C. Tax, 1996) the court allowed a 10% minority discount and a 25% lack of marketability discount for 50% of the outstanding stock of a closely held company owned by the decedent. More recently, in Barudin Est. v. Cmm’r., T.C. Memo 1996-395 (8/26/96), the Tax Court accepted the estate’s valuation of the underlying partnership properties and allowed a valuation discount of 45% (19% minority discount and 26% lack of marketability discount). In such case, the partnership’s only significant assets were commercial real estate in a recessionary market, and the partnership was effectively controlled by a majority partner.

Planning ahead is essential. In Estate of Murphy v. Comm., 60 T.C.M. 645 (1990) the decedent owned 51.41% of the stock of a closely held corporation. Eighteen days before his death, the decedent transferred shares representing 1.76% of the corporation, leaving 49.65% in the decedent’s estate. The Estate claimed a minority discount which the IRS disallowed. The Tax Court held that the transfer should be ignored for valuation purposes and denied a minority discount. The Court stated “the rationale for allowing a minority discount does not apply because the decedent and her children continuously exercised control powers” and “a minority discount should not be applied if the explicit purpose and effect of fragmenting the control block of stock was solely to reduce federal tax”. A similar situation to that of the Murphy case was before the Tax Court in Estate of Anthony Frank Sr., 69 TCM 2255 (1995). In Frank, the decedent owned 252 shares of a closely held corporation that had 501 outstanding shares. The other shareholders were his wife, two sons and daughter. Anthony’s shares were in a revocable trust. One of his sons was a trustee of the trust. Two days before Anthony’s death his son, acting pursuant to a power of attorney, removed 91 shares from his fathers trust, put them in his father’s name and then gifted them to his mother. The IRS took the position that the stock should be included in Anthony’s estate. The court rejected the IRS’ position and held that the son acted in accordance with his powers to remove the stock from the trust and convey it to his mother. The assets of the company were valued at almost $5 million and the court allowed a 30% lack of marketability discount and a 20% minority discount resulting in overall discounts of approximately 45%.

The trend is to permit larger discounts. See Scanlan Estate v. Comm’r. TC Memo 1996-331 (7/24/96) where the court allowed a 30% discount from the actual price stock was sold at 9 months after the decedent’s estate tax return was filed to reflect: passage of time; change in market conditions; marketability discount and minority discount. Even though a redemption of decedent’s stock occurred 2 years after decedent’s date of death, the court stated the redemption price was the best available evidence of the stocks’ value. Accordingly, the court applied the above-mentioned 30% discount to the actual redemption price recovered just 2 years after the decedent’s date of death.

Fractional discounts allowed for interests in the same property owned by QTIP Trust and Surviving Spouse. In Bonner Estate v. U.S. No. 95-20895, 5th Cir. (6/4/96) the court rejected the IRS’ argument that when valuing a property owned in part by a surviving spouse outright and in part by a Marital Deduction QTIP Trust created for the surviving spouse that the interests should be combined . In Bonner the decedent owned a 62.5% interest in a ranch. The remaining 37.5% was owned by a QTIP Trust created by the taxpayer’s spouse. The estate claimed a 45% discount (below 62.5% of the fair market value). The court held that the estate was entitled to a fractional interest discount for the property and remanded the case for the appropriate discount. The court said that the position of the IRS is “not supported by precedent or logic”. The court said the appropriate test is that of a willing buyer and willing seller. The court said each decedent should be required to pay tax on those assets whose disposition the decedent directs. In the case of the QTIP assets, the court stated the spouse who established the QTIP Trust had control, not the surviving spouse. Note: The Bonner decision is contrary to TAM 9608001 where the IRS held that with facts similar to Bonner, QTIP Trust property should be valued as if it was owned outright by the surviving spouse. 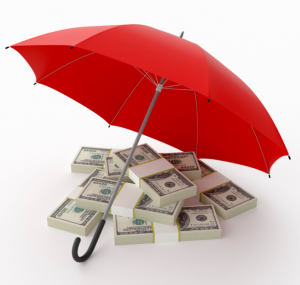 Most family limited partnerships created for asset protection purposes will have significant capital and, therefore, IRC Section 704(e) will apply to support allocations of income to partners who received their interests through gifts. Nevertheless, the regulations under IRC Section 704(e) should be followed to insure that a partner will be considered a true partner.

It should be borne in mind that the general nonrecognition rule under IRC Section 721(a) concerning contributions of appreciated assets to a partnership does not apply to gain realized upon the contribution of property to a partnership which would be considered an investment company under IRC Section 351 if such partnership were a corporation. However, it appears that where one family member contributes the bulk of the assets to a family limited partnership (and the transfer does not result in diversifying such family member’s security investments) the investment company rules should not apply. See IRC Reg. 1.351-1(c)(5) and Mulligan and Braly, Supra at P. 201.